Spain will maintain the leadership of exhibitors at the Havana International Fair, FIHAV 2019, to begin next week, highlights the official site of the event.
This was stated by the Economic and Commercial Councilor of the Spanish embassy in Cuba, Federico Ferrer, who also said that the exporting companies of his country are committed to their exchange with the Antillean nation despite the economic situation that is going through due to the aggressiveness of the United States blockade.

Ferrer also highlighted the historical social, economic and cultural ties with the Caribbean nation, where a Spaniard is not a foreigner.

The event will be attended by more than 110 companies in this European country, and according to the diplomat, the presence of that nation in FIHAV will be a success.

In declarations made previously, Ferrer declared that the presence of the Iberian suppliers occupies several lines, which reflects the importance that the products of that country have for the Cuban economy.

At the end of 2017, the exchange of Spanish exports to the Island registered 899 million euros.

During FIHAV 2019, which will be held until November 8 at the Expocuba fairgrounds, the new edition of the Business Opportunities Portfolio for Foreign Investment will be presented and a Business Forum will be held.

The organizers of the event, which corresponds to its 37th edition, stated that on this occasion some 50 countries will be represented. 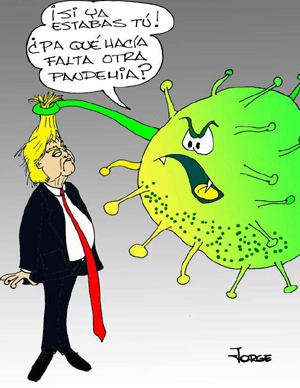