Unbelievable, but true. A Russian marine biologist has found on a Russian Far East island a friendly red-haired and blue-eyed seal among a colony of black seals. This is a very rare phenomenon, but it’s not the first time you’ve seen anything like it.

Russian biologist Vladimir Burkanov, specializing in marine mammals, was on an excursion on Tiuleni Island, in the Sea of ​​Okhotsk. What was his surprise when he found there a curious albino seal pup that stood out among the other members of his colony.

The blue-eyed, copper-colored mammal was born in August of this year. Something that can be considered a miracle considering that the chances of a partially albino seal being born are one in 100,000, experts say.

Animals like this and like Nafanya, another seal with similar characteristics found a few years ago, don’t have it easy. Their colonies can reject them more easily due to their distinctive appearance, they have poor eyesight and tend to have more physical problems than other seals.

Burkanov says that a seal-like Tiuleni’s has very little chance of completing its growth and reproducing, but just because they are few does not mean they don’t exist. And it is that recently a case of a partially albino adult seal was registered on the island of Bering.

Experts will closely monitor the development and integration of this particular mammal into their community to rescue it in case it is rejected.

The alternative to the life he is leading now would be a transfer to a dolphinarium. That is precisely the fate of Nafanya, who was transferred to Sochi, in southern Russia.

Cuba revitalizes its economy in the face of COVID-19 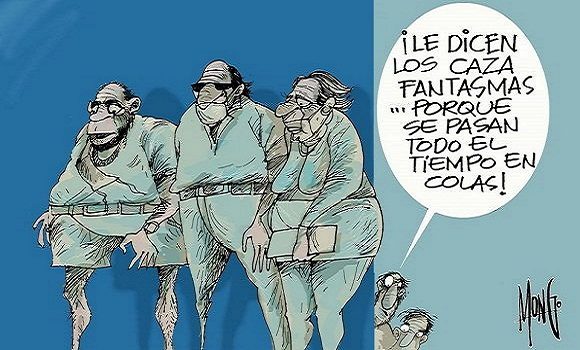